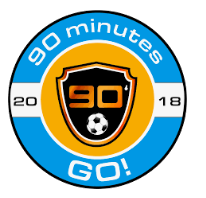 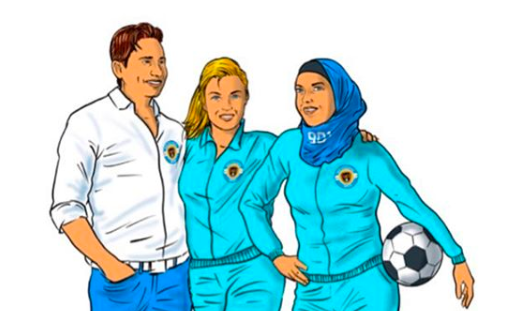 The 90 Minutes vision is to advance and promote equality, diversity and inclusion for all, in sports through inspiration, education and visualization

There are three books with three different main characters. We started with Steve, the motivator and for all women and girls that play Football, we created Lisa and Siama as other characters. Steve and Lisa are twins, and Lisa became a doctor after her Football career. She runs the Team 90 Minutes Foundation and is involved in many good causes. Siama is a character based around equality, diversity and inclusion in sports as she is a Muslim and wears a Hijab. Football is Universal, your gender, background and religion does not matter on, or off the field.

Steve (1973) was born in Amsterdam, The Netherlands. He has a twin sister called Lisa. He played professional Football up until he was 35 years old. In the last years of his Football career he started his Digital Media Agency, which became the number one independent Digital Media Agency in Holland.

Steve established that he was starting out on the second half of his life and looked back on the first half contently and with joy. Not that everything went smoothly, but whatever happened, he never gave up. The talking and thinking in football terms was contagious and inspiring.

Steve: “I always had in mind: What if Life was like a Football Match of 90 minutes?”

This is Lisa, Steve’s twin sister. They both share a love of Football and she successfully made it to the First Division. Lisa was scouted for Barcelona when she was 19 years old and she was the first female professional Football player in Barcelona.

Lisa: “I have learned a lot in both Life and Football. Football has shown me that women can equally achieve their dreams and ambitions and I want to inspire young girls to GO! for it. I started the Media Agency with Steve, but I felt that I wanted to help people in another way. So during and after my football career I studied as well and became eventually a doctor. Together with Siama, my best friend and my brother I run our Team 90 Minutes Foundation.

In the upcoming movie 90 Minutes, Lisa makes a cameo appearance.

Siama: “Lisa taught me many things and encouraged me to play Football with her. When we were young, my parents did not approve of me playing Football, but Lisa convinced them otherwise. I thought that it would be challenging for me as a Muslim to play Football with my Hijab, but Lisa encouraged me not to give up on my dreams. Later on in Life, I became a Cyber Security expert. As a Muslim female, I am often asked if wearing a Hijab in sports is practical. In my work and on the field, my hijab is my own personal choice and it does not stop me from scoring!”

In the upcoming movie 90 Minutes, Siama makes a cameo appearance. A movie about Siama is in pre-production stage.